Mary here. I'd like to introduce you to my friend Lynn Blackburn who's filling in for me today while I have foot surgery. I hope you are inspired by her! 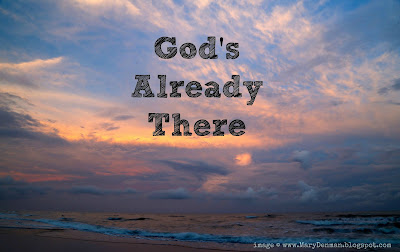 Despite the fact that my young son has never been left and has absolutely no reason to expect me to forget him, this children of mine needs constant reassurance that I’m not going to leave him alone.

This summer, I arrived early to pick him up from Vacation Bible School. I took a seat at the side of the room and waited for the session to end. When it did, I moved in his direction. I knew exactly where he was, but the people milling about blocked his view and he couldn’t see me.

I saw him a few seconds before he realized I was there. I wrapped my arms around him just as his face crumbled. I caught him the instant before he let out a wail. He held onto me, his body trembling.

“Where were you?” His tearful voice accused me.

“Baby, I was already here. You couldn’t see me, but I’ve been watching you. I knew exactly where you were the whole time.”

“Just because you couldn’t see me, doesn’t mean I wasn’t already here.” 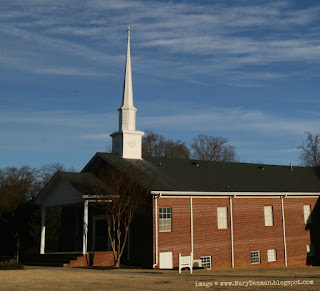 Maybe it was because I was standing in a church (I’m kidding), but the Holy
Spirit didn’t even let me get the sentence out before He pointed out the obvious.

I DO THE SAME THING.

Not only that, but the Bible tells me that BEFORE I walk into that doctor’s office, or pick up the phone, or open the mail . . . No matter what is on the other side of that door, there is one thing I can know for sure I will find. 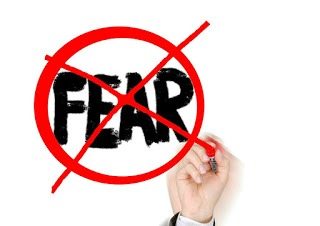 No matter what my day holds, He is never surprised.

I get caught flat-footed all the time.

I get the wind knocked out of me at least once a week.

I get overwhelmed just thinking about my calendar.

And even though He’s told me 1000 times that He will never leave me or forsake me, when I don’t see Him right away, I panic.

As I held my little boy close, and whispered assurances to him—again—I had a glimpse into my Father’s heart. 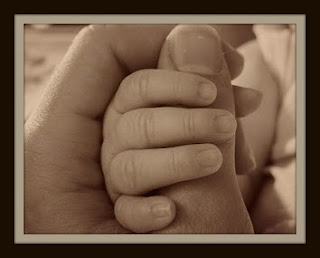 I wasn’t angry with my son for his fear. All I wanted was for him to trust me. To be so sure of me, that he wouldn’t doubt for a second that I had kept my word and was waiting for him.

I’ve been thinking about this a lot ever since.

Separation from God was never part of His plan and my guess is that He knows we will fight this fear until the day comes when He returns and call us Home. I think that’s why He didn’t say, “Don’t be scared,” once and leave it at that. I don’t think He’s surprised when He’s standing right beside me, even as I’m wailing for Him to show up, and He has to tap me on the shoulder to get my attention.

Whatever you’re afraid of?

Whatever is keeping you up at night?

Whatever has your heart racing, your palms sweating, your tears streaming, your stomach churning?

If you’re in a pit and you’ve been wondering when He was going to show up, the answer is that He was there BEFORE you got there.

He’s with you now and He’s been there the whole time.

Jump into the arms of Grace . . . They are already there.

Lynn Huggins Blackburn believes in the power of stories, especially those that remind us that true love exists, a gift from the Truest Love.

She’s passionate about CrossFit, coffee, and chocolate (don’t make her choose) and experimenting with recipes that feed both body and soul.