Photo Tip Friday: What is Golden Hour in Photography? Part 1 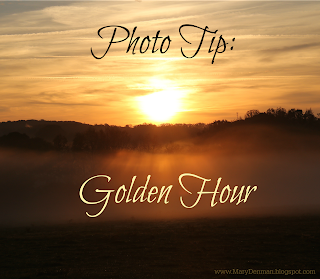 Lighting is one of the most important components of photography. Understanding how light effects your photos is crucial to creating photos you're proud of.

Today, I'm going to explain something called the Golden Hour. It occurs twice a day. During the Golden Hour, the light is most flattering for people. And, it creates some magical effects which is why it's also called Magic Hour.

Technically, it's when the sun is between 0 to 6 degrees with respect to the horizon.

Practically, it occurs for the first hour after the sun breaks the horizon in the morning. Then, it occurs again for the last hour of the day before the sun sets.

Let's see what the Golden Light looks like and how it differs from other light throughout the day. 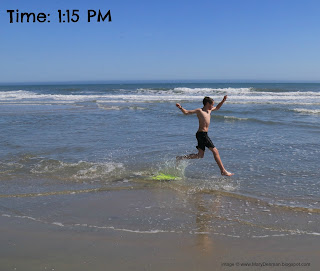 In the first photo taken at 1:15 pm, you can see how the shadows are very harsh and the foam of the waves is fairly white.

When the sun is directly overheard, it is strong and harsh.

But in the second shot, notice how much more flattering the light is. It's the same boy, but he looks tanner and there are no harsh shadows.

The waves are not stark white but are a warmer color. 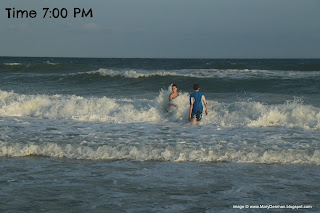 Can you see where the name Golden Hour comes from?

As the sun rises and sets, its light has to travel through more of the atmosphere which is what causes the softer, longer shadows and golden color.

So let's look at a couple of other shots. 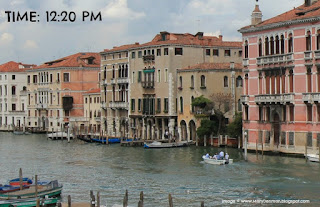 This first one was taken around noon in Venice, Italy.

While the buildings are painted lovely colors, they appear a little drab because of the cloud cover.

But as we go to the next picture of the same location, you can see the warmth of the colors because of Golden Hour. 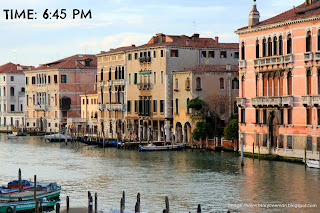 You can even see the reflection of the peach building in the water.

It's good to understand that all light is not equal and that Golden Hour can dramatically affect your photography.

Part 2 of Golden Hour will focus more on people shots during Golden Hour and what other images you can create with the sun low on the horizon.

ASSIGNMENT: Actually pay attention to how sunlight changes throughout the day. Notice how the early morning light and late day light are warm and gold toned.