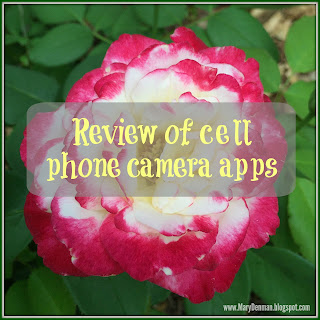 Have you ever wondered if there are apps out there that allow you to control your smart phone like a DSLR camera?

Well, I'm happy to tell you that there are and I'm going to review them today.

Here's a collage for you of an identical subject, but taken with my iPhone 6, Shoot, Manual and ProShot apps. 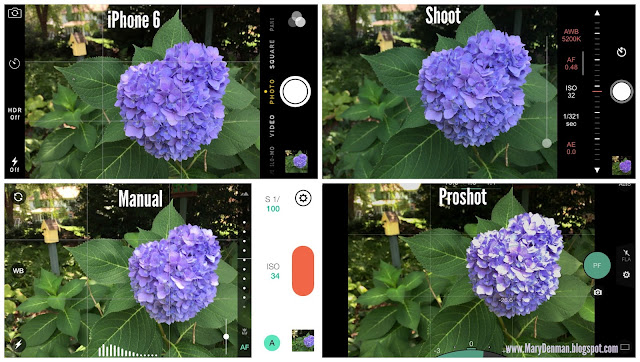 The three apps all turn with the phone so you can read the controls whether they're horizontal or vertical.

Shoot keeps almost all of the controls on the right side.
Manual predominately uses the right side but a couple of lesser used controls are on the left as well.
Proshot used the right and bottom sides for controls. 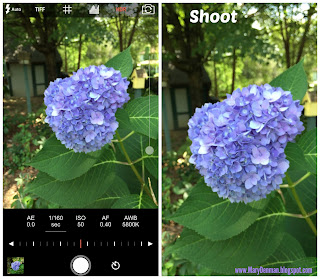 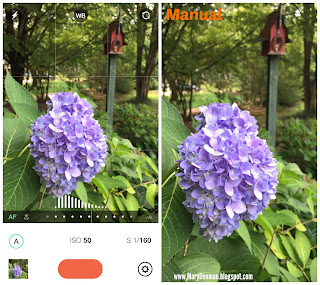 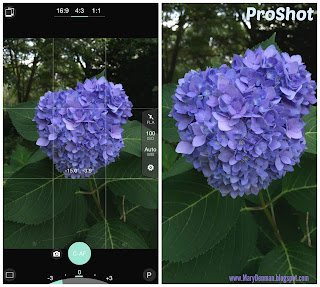 
Cons:
The above shots were taken during the day.

The following shots were taken inside at night. I pushed all three of the apps to their fastest ISO. 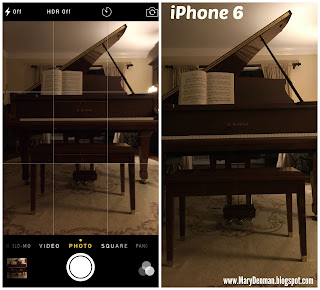 Comments: The iPhone camera struggled with the high contrast of the dark piano in the foreground and the bright light behind. 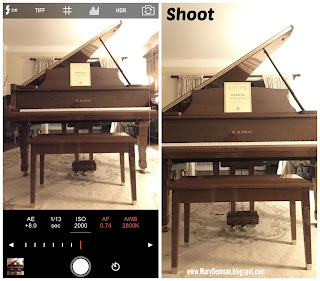 With Shoot, I was able to change the ISO and shutter speed so that the piano has enough light to be clearly visible.

The light in the back is washed out because of this, but the piano is now bright. 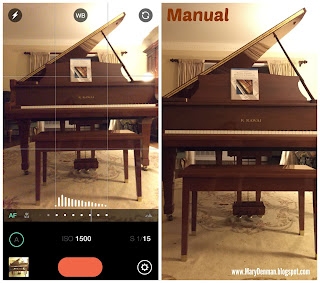 At almost the exact same ISO and time as Shoot, you can see a little difference in lighting.

But the photo turned out much brighter than just the iPhone camera. 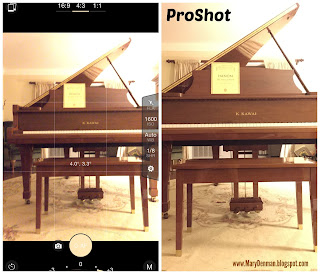 The reason this one is a little brighter is because of the time of 1/8 sec. I just didn't manage to match it exactly to 1/15.

I am happy to have found a way to control my cell phone more like a DSLR!

After purchasing these on my own, and using them on my phone for a few weeks, I definitely have my favorites, in this order:

So what do I recommend?

For beginners, wanting basic control, or, for someone wanting a fast app for quick shots, I LOVE Shoot.

ProShot absolutely has great features that have a bigger learning curve to use. But I'm glad I bought it and will take the time to learn how it functions.

Manual has ended up languishing on my phone. I wanted to like it more. But for me, I reach for Shoot first. Manual's a good app, but just doesn't fit the way I take pictures.

Having two different photo apps is fine. Especially when they serve such different purposes. And, the price is very reasonable for what they can do for your iPhone camera.

If I can borrow an Android and test out some apps in the future, I will do so to help those of you with Androids.

NOTE: There is no app that can control Aperture on a cell phone because the lens is a fixed length.

I hope these reviews help.
Keep on clicking!
Mary